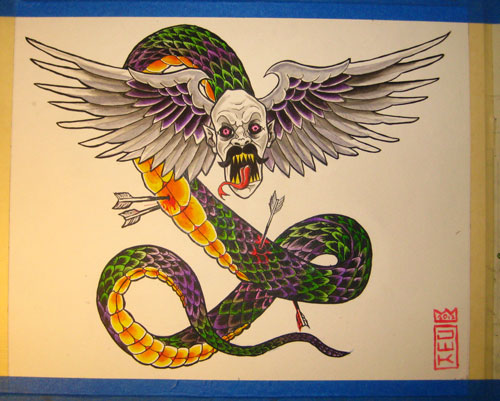 Finished this last night, well worked on it until close to completion. Discovered I made a real bonehead mistake in the initial drawing.  Debating on adding blood spatter behind the body and a coffee wash to the back ground.

Also worked on character studies and thumbs fro “The Hunter”. I have sixteen pages planned out, gonna draw them and then start serializing that as my buffer. going to put together small run minis every sixteen pages. Taking it step by step, reading a ton of shit along the way. I have good idea of how its gonna look and a strong idea of where the story ends up. I hate it when the story just seems to meander and then die ( lost, battlestar, enki bilal). Didnt you know what you were doing before hand? “It sounds cool” doesnt cut it sonny. That being said I have one of those meandering stories that goes no where that I’m using to dump a bunch of ideas, too; I just dont think Im gonna show it to any one.