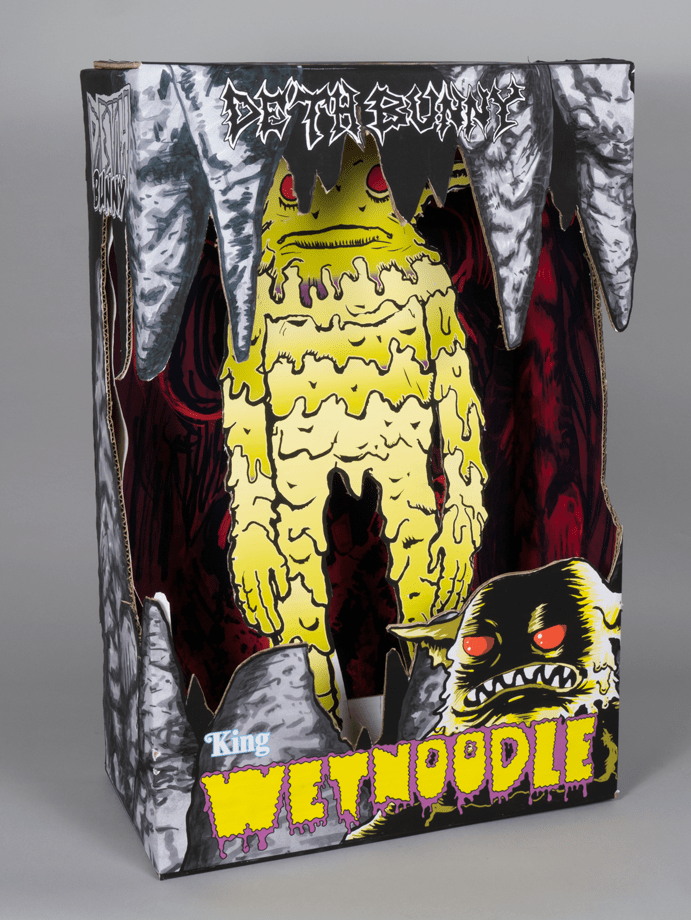 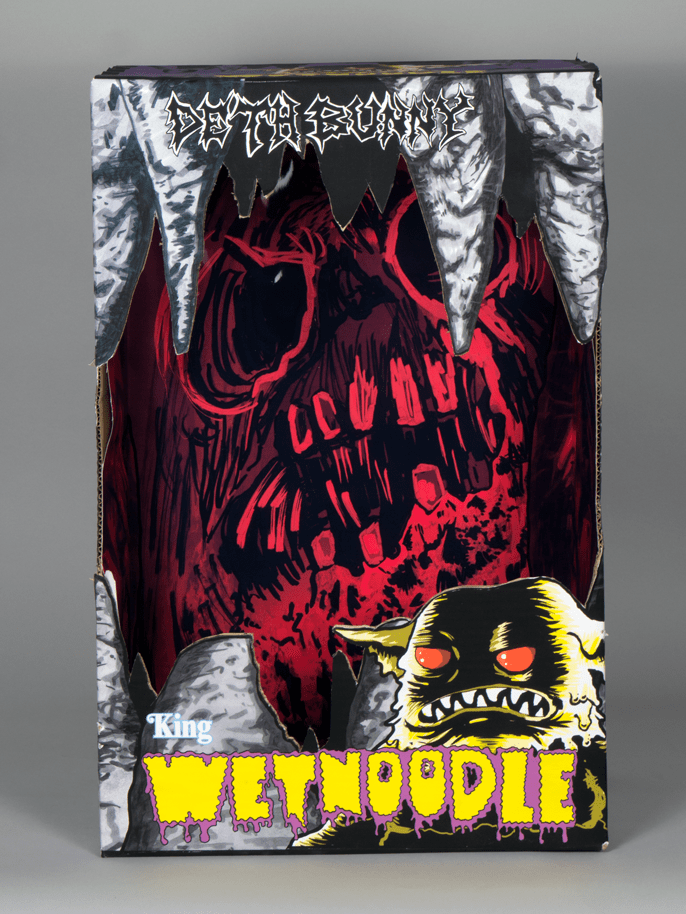 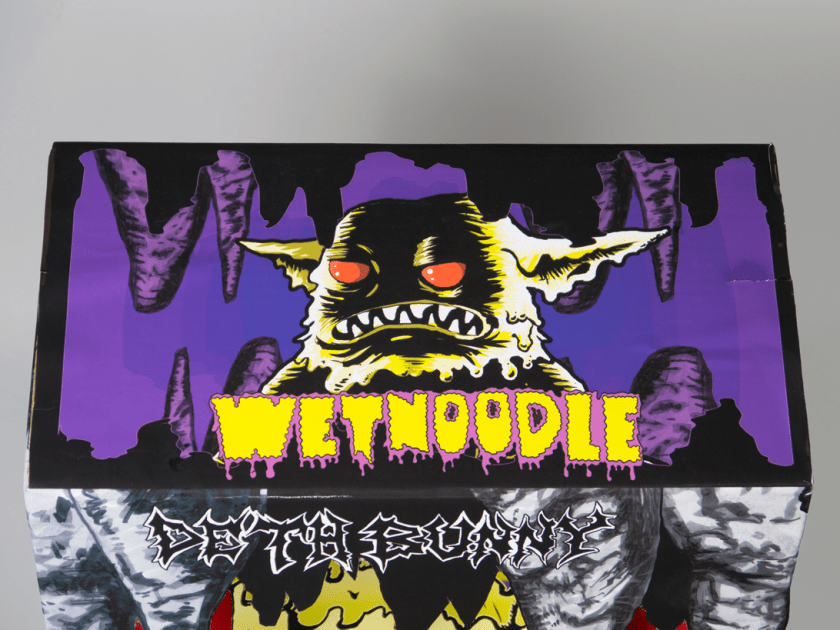 Based on a giant subterranean noodle monster from my web comic “Deth Bunny”, this is a package design piece for a “jumbo machinder” style toy.  In the ideation stage, I sketched a few different options for the box including a giant head and a pyramid. Ultimately the character itself became the concept and the box was made to mimic a giant cave. The package doubles as a display unit and play-set.
Imagery for the package was created by making large-scale marker drawings, which were scanned and colored digitally.
Several illustrations were created for the box. The back is an anatomy illustration similar to the ones made for the Japanese kaiju. Currently in the process of creating the vinyl toy that will come in this package. It is over two feet tall. 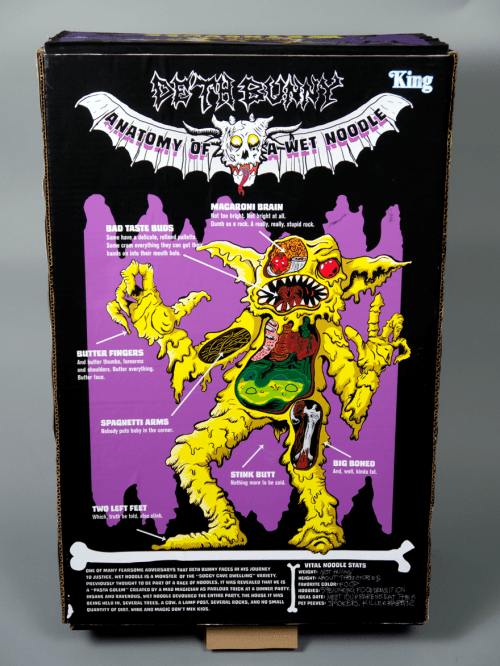 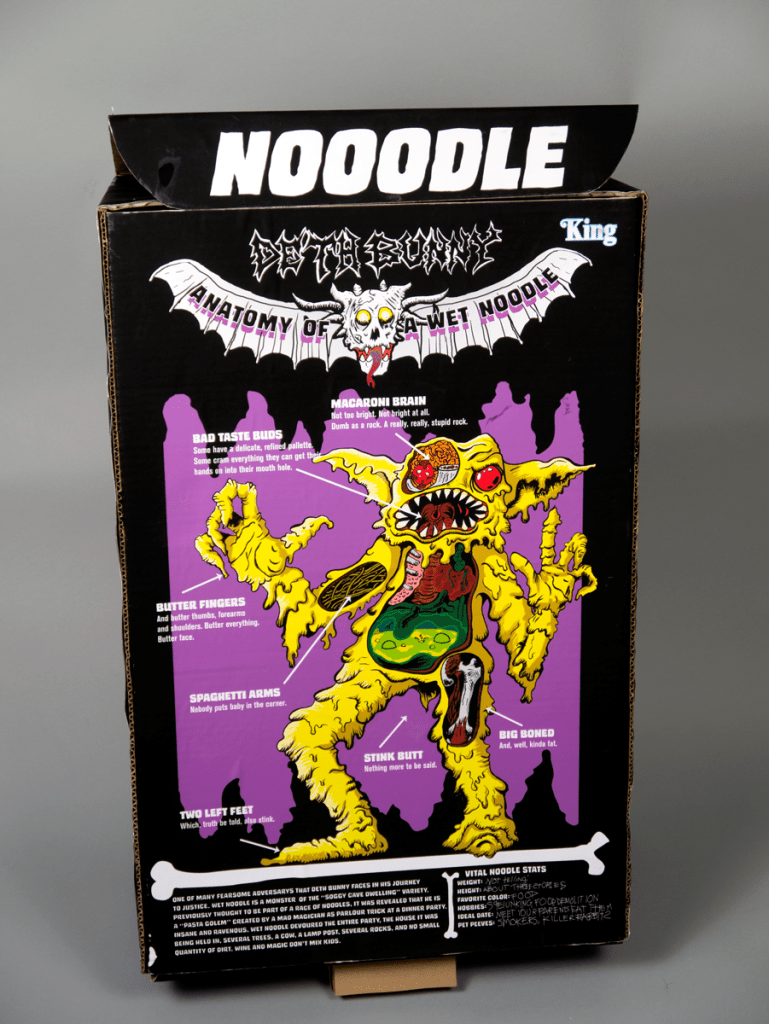 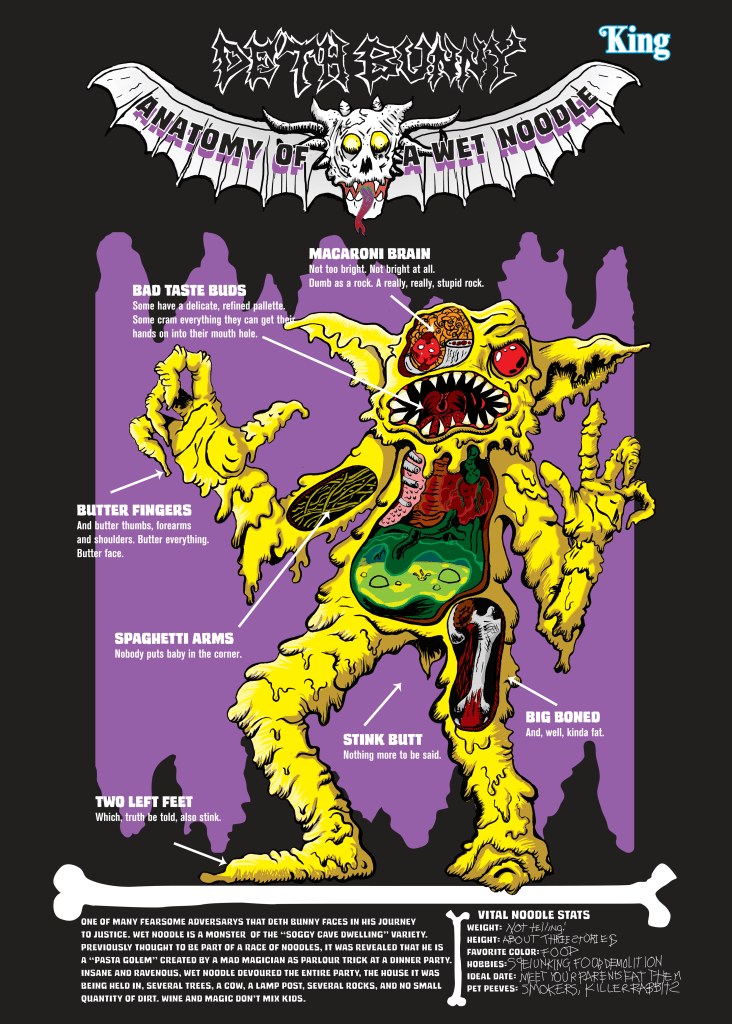