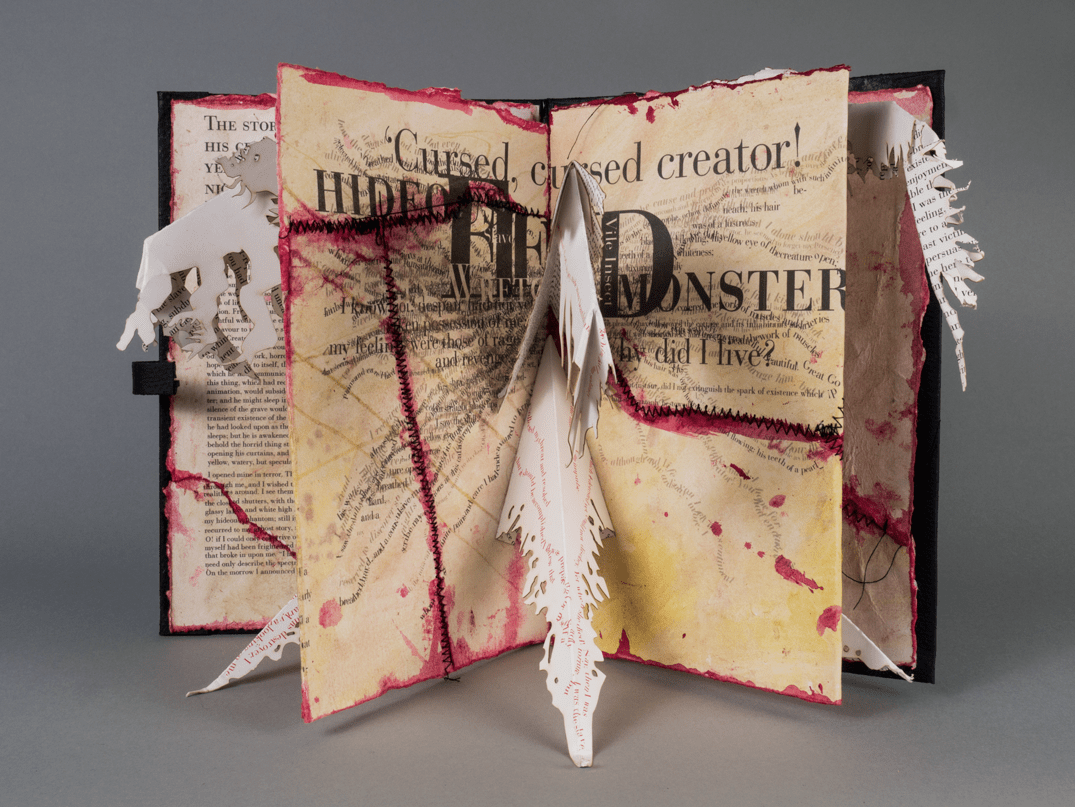 An anniversary piece for the 200th anniversary or Mary Wollstonecraft Shelly’s Frankenstein, or The Modern Prometheus. A pop-up book of sorts using expressive typography, hand-stitched pages, and laser cut appendages. I began with the concept of Monstrosity, both literal and metaphorical. This project dominated my existence mirroring, ironically, Shelly’s precautionary tale.

One of the first Ideas I had was a pop-up book, but this became much more than a mere pop-up book. I spent quite a bit of time determining the final form of the piece, making reduced size prototypes.

The cover was printed with black toner on black textured paper, creating the illusion of a spot varnish. 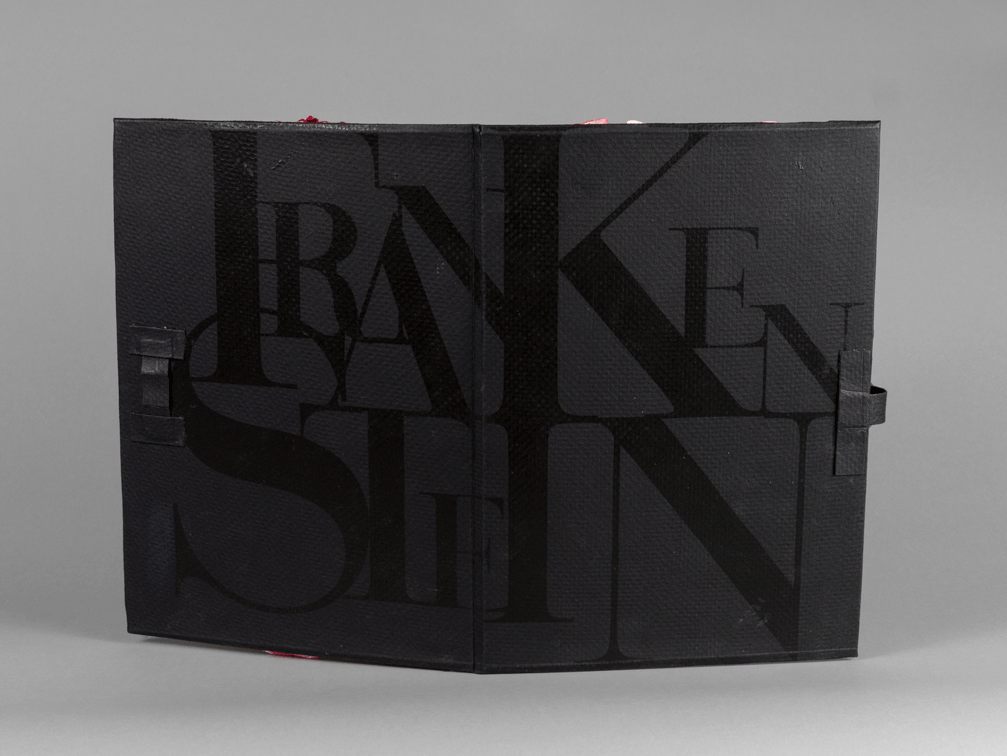 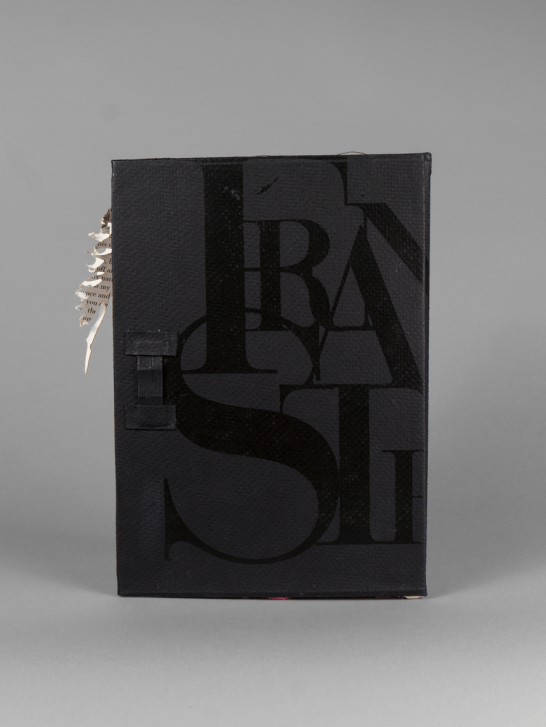 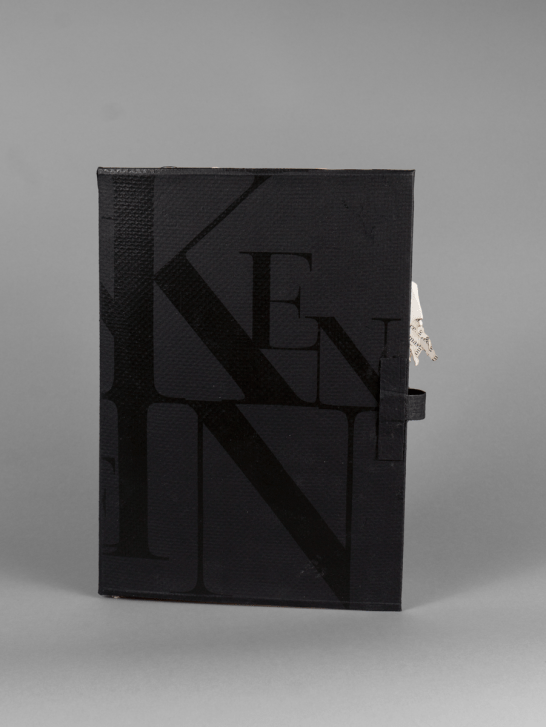 Using Bodoni, a typeface released posthumously in the same year as the publication of Frankenstein, I explored the possibilities of expressive typography and random and transitional type systems. The pages were printed, hand-colored, torn apart and stitched back together.  the Three segments represent the three segments of the book. The first taken from Mary Wollstonecraft Shelly’s prologue, the second from the different words used to refer to the monster, and the last from the monster’s soliloquy at the end of the book. 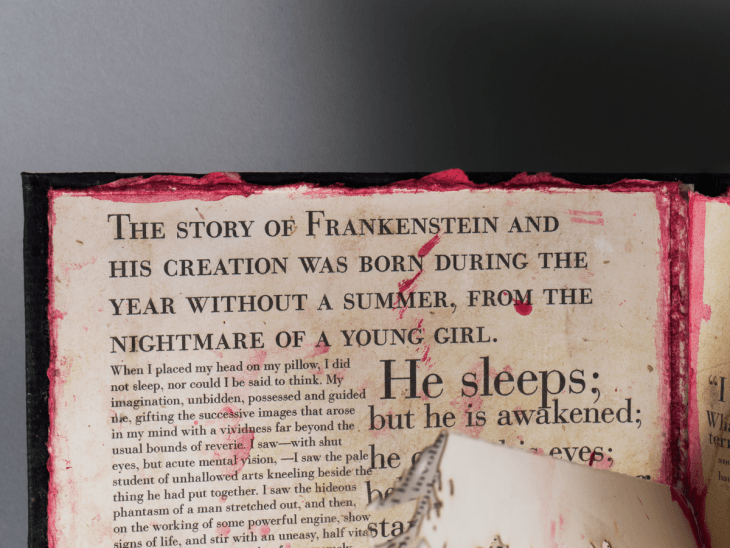 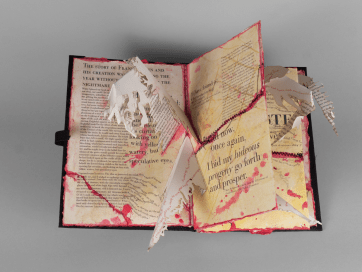 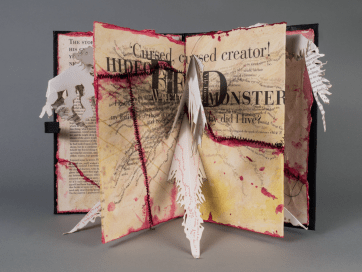 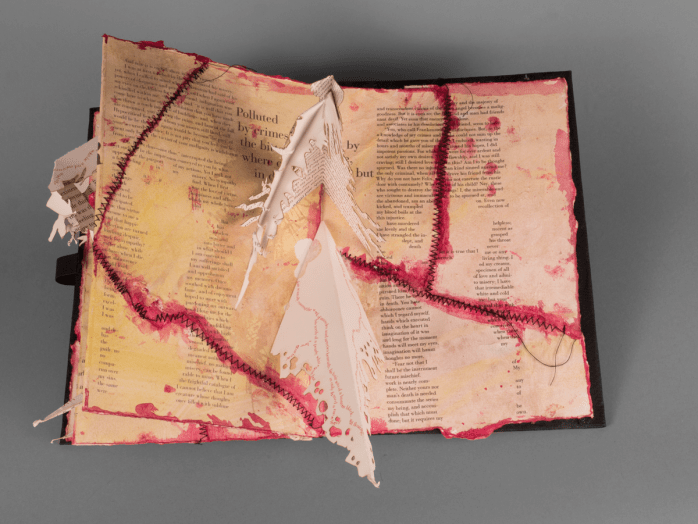 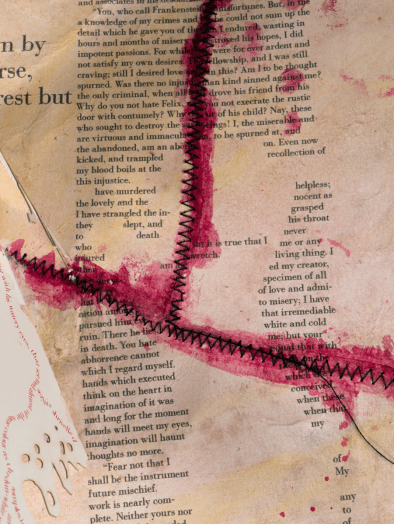 Laser cut tendrils extend from the treated and hand-stitched pages of this wretched thing. 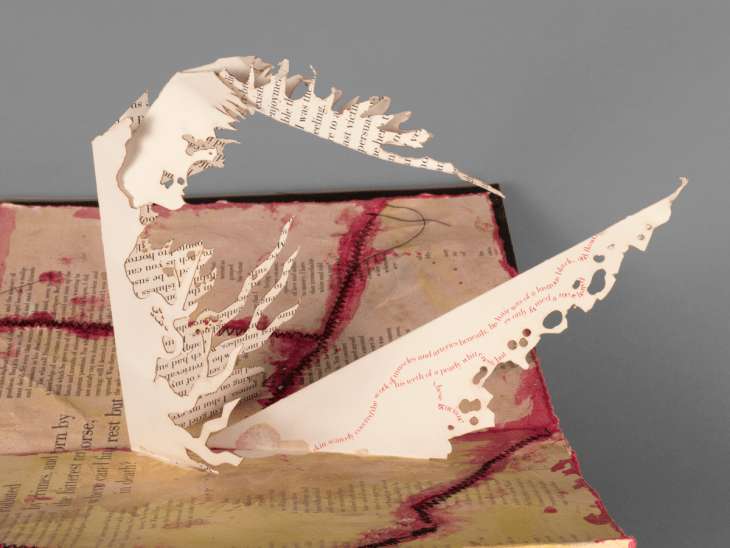 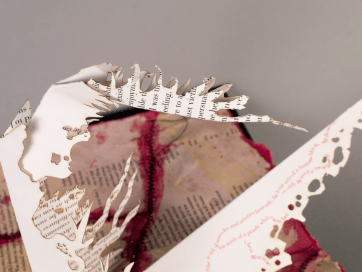 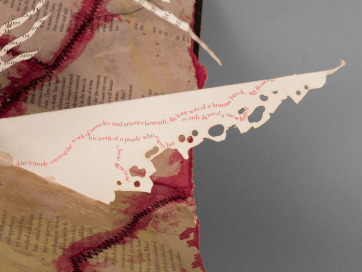 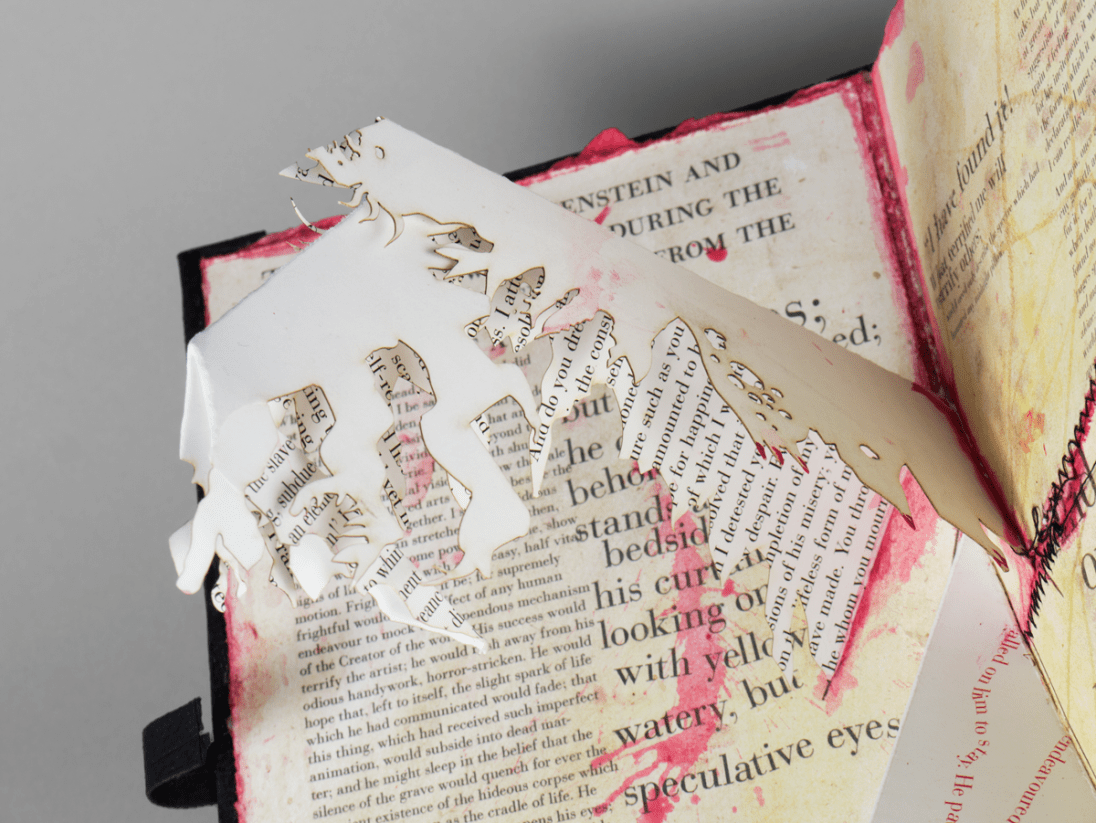